{% set headerFontFamily = "Open Sans" %} /* This affects only headers on the site. Add the font family you wish to use. You may need to import it above. */

After you have updated your stylesheet, make sure you turn this module off

Initiative Management: How to Make it Better 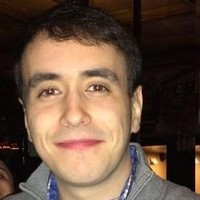 To give your strategy a fighting chance of success, you must be able to do two things supremely well: prioritize strategic initiatives and integrate them for maximum impact. However, both of these tasks—in even the best-run organizations—more often than not prove inherently difficult and frustrating.

Many executives rightly see the senior management team (SMT) as the ideal venue for discussing these activities. But they often fail to structure these conversations in a way that leverages the team’s unique strengths and defuses political sensitivities. Moreover, many cannot see past a false ideal of precision to the well-constructed portfolio of initiatives most likely to achieve the organization’s strategic objectives. But there’s good news: A few simple changes to the way you approach these discussions can make all the difference.

The typical organization has scores of initiatives planned or in progress at any given time. In the inventories of initiatives in organizations we have observed, we rarely find fewer than 50–60. In fact, the number usually reaches as high as 80–120. With such huge inventories, corporate resources get sucked into activities of widely varying quality and relevance, often to the surprise and displeasure of the CEO.

Instinctively, most CEOs want to call a meeting of the SMT, take out a red pen, and have the team start drawing lines through initiatives. But each initiative has an owner somewhere in the organization who believes in it. And when SMTs consider initiatives one by one, it’s the rare initiative that can be immediately dismissed: Someone, somewhere in the organization, had a good reason for initially sponsoring each project or program. Invariably, a long list of inherently good ideas remains.

Some organizations use initiative weighting and scoring systems. Criteria such as business value, confidence to deliver, risk, and so on are established and weighted. Each initiative is then assigned points for how well it fulfills each criterion. Finally, each initiative’s points are multiplied by the weight of the criteria it helps fulfill. These calculations ultimately generate a mathematically determined rank order for each initiative.

Weighted systems do get several things right. For example, criteria make explicit what the organization is trying to optimize. Initiatives are evaluated relative to each other, rather than in isolation. And deferring the question of which initiatives will be funded makes the process easier. Image of initiative weighting and prioritization from ESM Strategy is below.

There is a more productive and ultimately easier way to determine relative preferences regarding initiatives. This approach retains the advantages of weighted systems and defuses political sensitivities. However, instead of artificially forcing questions about initiatives into quantitative systems, it embraces “fuzzy logic” to move the conversation forward.

The approach begins with an inventory of all initiatives—proposed, planned, or under way—and a one-page description of each. This description typically includes information such as the initiative’s executive owner, background issues, people involved, a high-level cost-benefit analysis, milestones and timing, and definitions and measures of success. Each SMT member then assesses the portfolio of initiatives that fall under his or her purview and determines an initial placement of the initiatives on a three-by-three matrix organized along two axes: importance and time.

Assigning initiatives to the categories of now/soon/later addresses the issue of urgency. Discussions of urgency often bog down in absurdly precise projections of timing. Again, fuzzy logic breaks through such artificial precision: Soon isn’t now, but it’s before later. It’s much easier to assign initiatives to these three time categories than to fit them on a timeline, and far more productive.

Armed with these six categories on two dimensions—must do, should do, and nice to do for importance, and now, soon, and later for urgency—an SMT can productively discuss initiatives and priorities along the nine-cell matrix that results. This conversation can help the CEO and the SMT rapidly achieve an enormous amount of organizational alignment.

To begin the conversation, the SMT members’ three-by-three initial placements are collated into one large wall chart displayed in the front of the room. Initially, virtually every initiative shows up as a must do/now, with the occasional initiative described as must do/soon or should do/now. The starting point of the exercise reflects the reality that led to the meeting: Executive owners see almost every initiative as a high priority, collectively outstripping the organization’s ability to execute them. What follows is the process we use to help groups determine the relative importance and urgency of all these high-priority items in relation to one another, not against some external criterion.

Start by selecting what is believed to be one of the most important initiatives from the must do/now cell. Then initiate a discussion focused solely on this initiative’s importance. (Does the company have to do it?) For the time being, leave aside the question of urgency. Usually, the group readily agrees that the initiative is important, so it can be transferred to a second, empty wall chart.

From the original group of must do/ now, a second initiative is selected, and the group is asked to discuss its importance relative to the importance of the prior initiative. There is no discussion of the second initiative’s intrinsic merits, and the question of funding is not on the table. (Determining relative funding levels is the CEO’s prerogative, of course, and he or she will make the call later.) This is where such discussions really take off. Why? The group works to answer one—and only one—question: Is the second initiative more important or less important than the first one we discussed?

Once the team has achieved a rough consensus on this question, the second initiative is placed accordingly on the new chart. Then a third one is discussed and placed, and so on. Soon, relative priorities among the original group of must do/now begin to emerge.

Initiatives start to form clusters of seemingly equal importance. As those clusters get too large, group members can subdivide them by asking whether a particular initiative belongs in the top half or the bottom half of the cluster. Eventually, like an amoeba, the cluster separates into two. In this way, it’s possible to create finer and finer gradations until you have a reasonable hierarchy of initiatives. In our experience, it’s usually enough to subdivide until you arrive at quartiles, which is sufficient to determine which tranches of projects will be funded under different resource scenarios.

Then follow the same procedure to determine urgency. From the top quartile of importance, pull an initiative and transfer it to an empty wall chart. We’ve already agreed that the initiative is something the company has to do, but we haven’t agreed as to when. So pull another initiative from the top quartile and consider when (in relation to the initiative already on the chart) the second initiative should be done— sooner or later. Then we take a third initiative, and so on. We do this until the initiatives now arrayed horizontally begin to form clusters by urgency, just as they did by importance. Typically, we work through the first three importance quartiles, which correspond roughly to must do/should do/nice to do. And we end up with those initiatives distributed according to urgency: now, soon, later.

It’s not rocket science—and doesn’t need to be. Bucketing initiatives by relative position on the development path in this way can free the team from the rigid logic of rank ordering or metrics-based approaches. Through the dialogue sparked by the process, SMT members gain not only a detailed understanding of what’s going on throughout the organization but also a clearer picture of the rationale for prioritizing one initiative over another. This approach transforms one of the SMT’s most frustrating tasks into one of its most productive and rewarding.

The prioritization discussion determines which initiatives are important and how urgent they are. To facilitate that discussion, ESM's initiative objective matrix surfaces where resources are being allocated to drive strategic performance. What if an objective has no initiatives assigned to it? In such cases, there are two possibilities: The team is assuming that the company will achieve it through business as usual, or it is clear that the team needs to devise initiatives to put behind the objective. On the other hand, an objective with several initiatives may indicate that the company needs to aim its initiatives more accurately. Or the team may find several related initiatives that could be consolidated, reoriented, or better coordinated for higher impact. 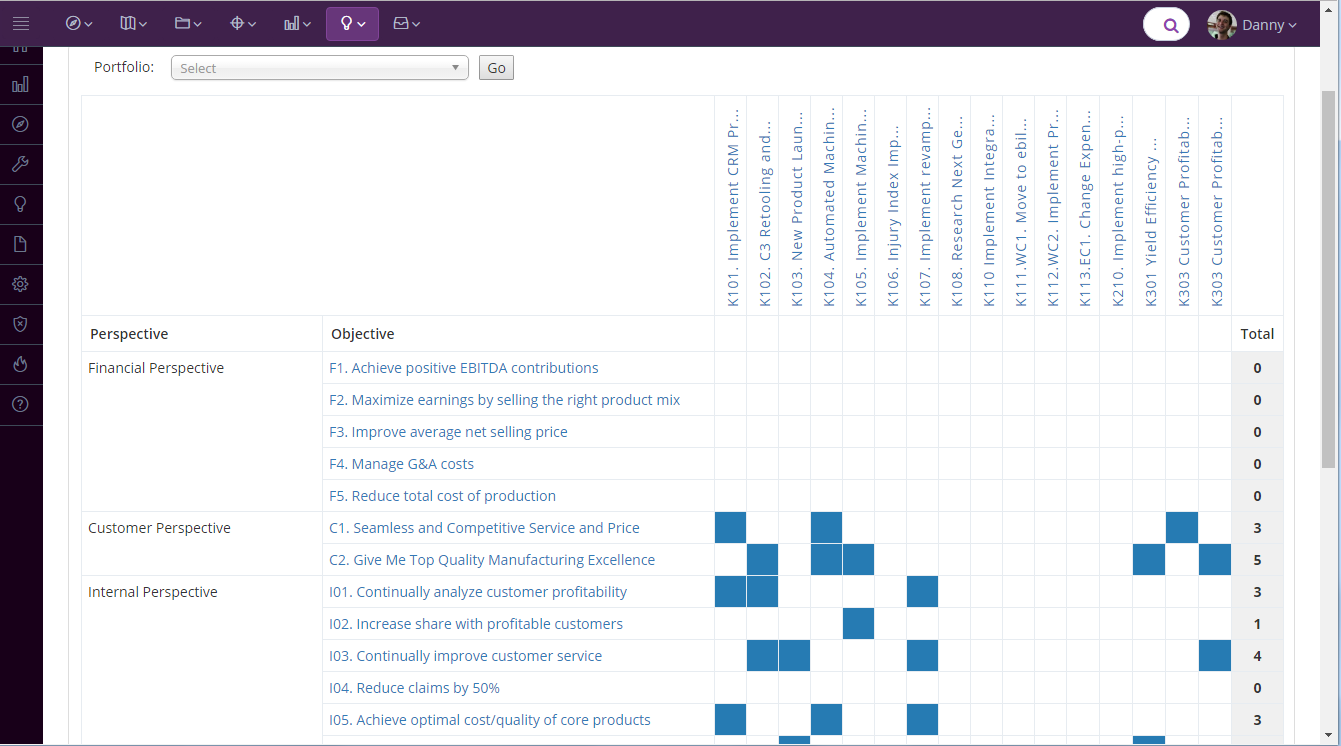 Great organizations have prioritization and integration conversations regularly. If an enterprise has initiatives sprouting like weeds, then the prioritization discussion should come first. If a manageable number of initiatives exists about which the group generally agrees, then executives should start with an integration discussion. Thereafter, the two periodic conversations will alternate, as these discussions become part of the rhythm of the business.

The real power of this approach comes when SMTs discuss how important initiatives are relative to one another, how they relate to organizational objectives, and how to make sure that a manageable number are launched at a given time. The result is a portfolio of initiatives closely aligned to the company’s strategic objectives, along with a clear rationale for prioritizing one initiative over another. This high-level management of initiatives provides the critical bridge between setting a strategy and seeing it successfully executed.

Revised from "Critical Conversations That Reset How Your Organization Manages Strategy," Balanced Scorecard Report, by Bob Frisch and Cary Greene.